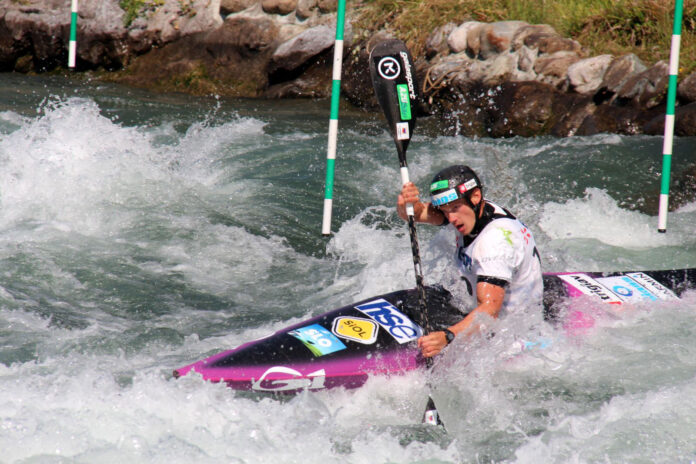 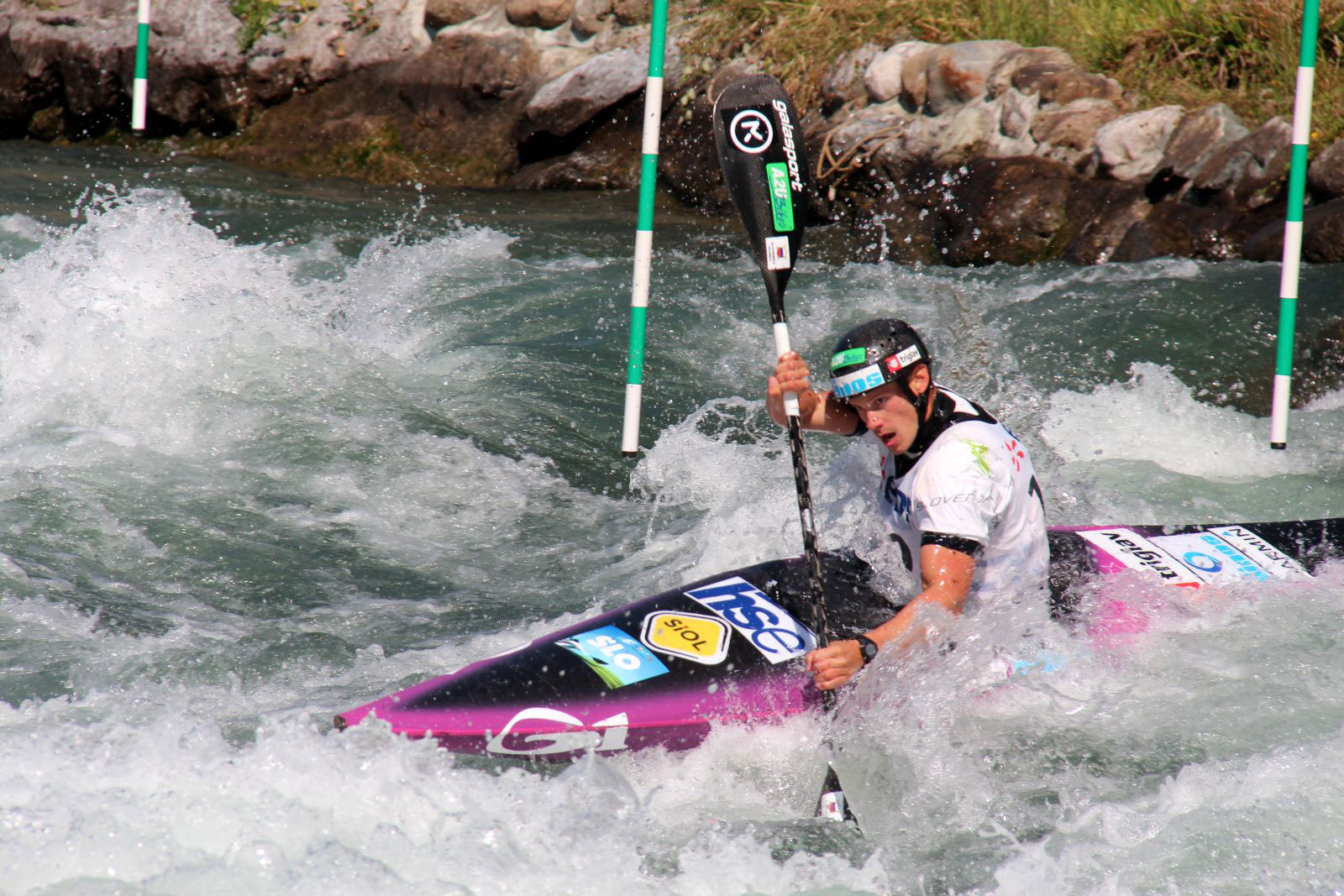 Organizers managed to carry out the first slalom race of the season 2012 in Tacen although very low water level of Sava River made things much harder. In men’s C2 category Dejan Kralj and Simeon Hočevar won, in women’s K1 Urša Kragelj was the best, in men’s C1 Anže Berčič won and in men’s kayak event Italian Andrea Romeo finished first.

The first slalom race of the season 2012 that was held in Slovenia brought few surprises. In men’s C2 event Dejan Kralj and Simeon Hočevar won. They didn’t make bigger mistakes at the course and also didn’t pick up any penalty seconds. At the end they were about half a second faster than Luka Slapšak and Urban Jarc. Experienced slalomists that cooperate with former excellent canoeist Borut Javornik this season, made a huge step forward in comparison to previous seasons. “Our main goal is Olympic games for which we’ll have to beat Božič and Taljat. All three of us (Kralj, Hočevar and Javornik) made a good starting-point, so I hope we’ll improve some things and that there will be more water and we’ll be able to paddle. I think we have good chances and that we’ll be able to contend with Božič and Taljat,” said Hočevar and pointed out that the main goal of the season is a place at Olympic Games.

Canadian double will be the main category for Kralj and Hočevar in season 2012. Kralj already called off the races in kayak, while Hočevar still considers his performances in C1: “Without a doubt C2 is our main category this year. I’ll still decide what to do with C1. It all depends whether some categories will be in the morning and the others in the afternoon. In any other case I won’t compete in C1, because it’s physically and psychically very hard to combine. At World Cups, World Championships and Olympic Games it’s divided into several days or at least into morning and afternoon programme, because you need at least two hours break in-between. If this won’t be the case in selection races, I won’t compete in C1, otherwise I’ll see how the last three weeks will develop,” added Simeon Hočevar. Luka Božič and Sašo Taljat were the fastest on the course, but they picked up four penalty seconds and finished third with 81 hundreds of a second slower time than the winning duo. 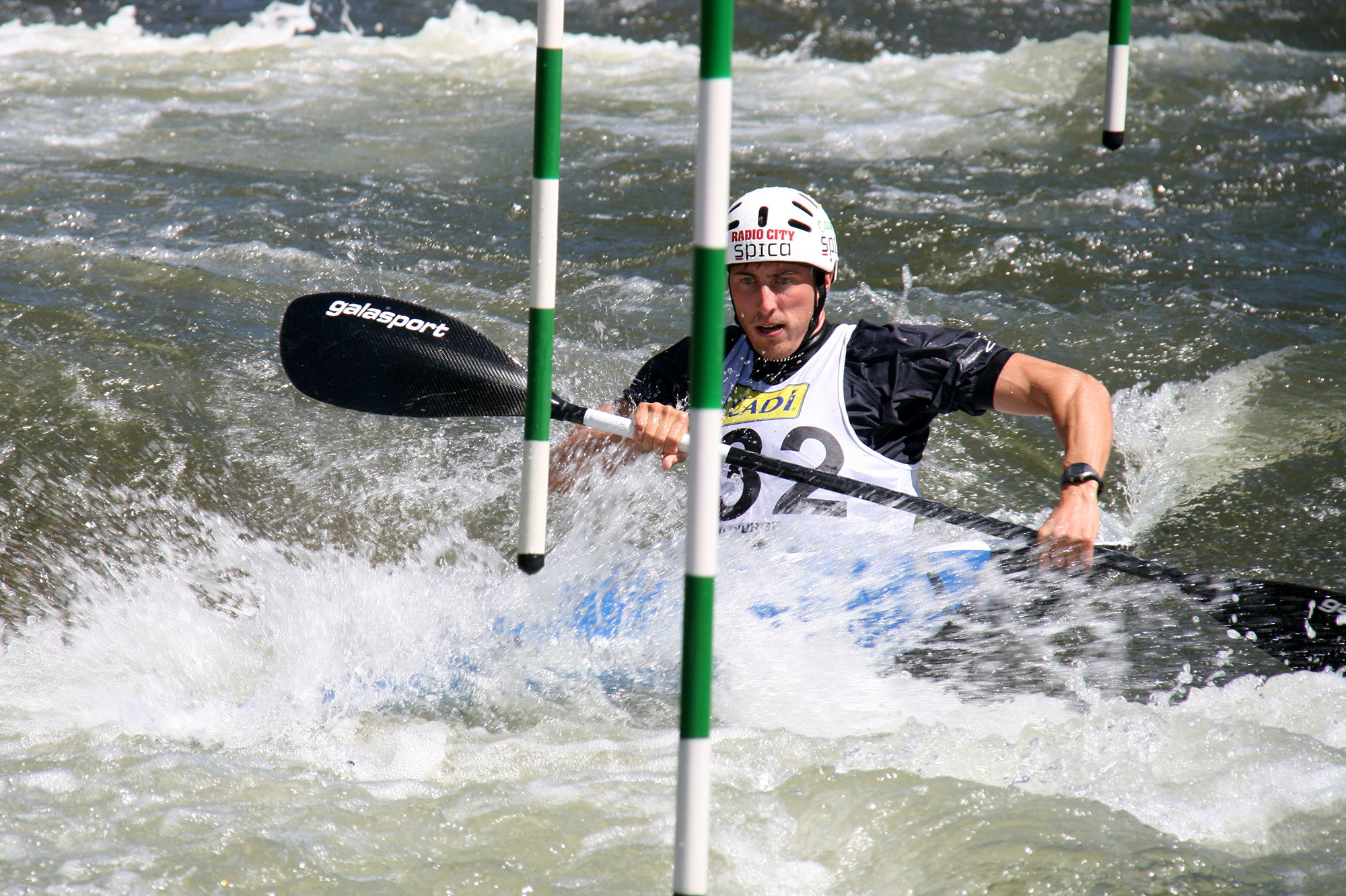 Italian Andrea Romeo was the fastest in men’s kayak event. He was about two and a half seconds faster than second placed Martin Albreht, while Jure Meglič finished third and was only one hundredth of a second slower than his teammate. Jure Meglič is slowly returning to competition rhythm after he lost a lot of his winter training due to a back surgery. “Probably I’ll always feel some pain, but it’s much better than it was in the past two seasons, so I am satisfied. At least I can normally drive a car now and sleep a bit longer because I don’t have pain as I used to have,” Meglič explained his state of health and continued: “As for training it still has ups and downs. I started to train much faster than anyone expected. Coaches and physiotherapists at ZVD helped me a lot, so the rehabilitation was almost a month faster than I expected. In mid January I sat into boat for the first time and just paddled straight, so we were able to see how the back will react and then we intensified until now. I still have some difficulties from time to time. But it is obvious that I lost several months paddling at white water. In Tacen and Solkan there is no white water at the moment so I lack those feelings. Sometimes it feels like we’re in November when we’re preparing for the new season and we make some childish mistakes.”

Former European Vice Champion and third placed from World Championships in Tacen lost some of his training but isn’t worried before the selection races: “I’m always optimistic. But we’ll see how things will develop with water and rain. As it looks now we’ll compete on dry course, although I cannot imagine this kind of races. Firstly this is boring and second you have to paddle totally different with high water level. I think none of us is used to such low water level. I hope the rain falls.” During winter months also Simon Brus lost some of training due to injury sustained at skiing. Instead of training in Australia he had to train outside the boat for month and a half. Former junior European Champion and junior world vice champion was sixth this time. The third member of a team that won a gold medal at last year’s European Championships, Peter Kauzer, trains in London this week.

In women’s kayak event Urša Kragelj was the fastest. Her teammate Eva Terčelj was about five seconds slower in second place, while Ajda Novak who was third produced almost twelve seconds slower time. 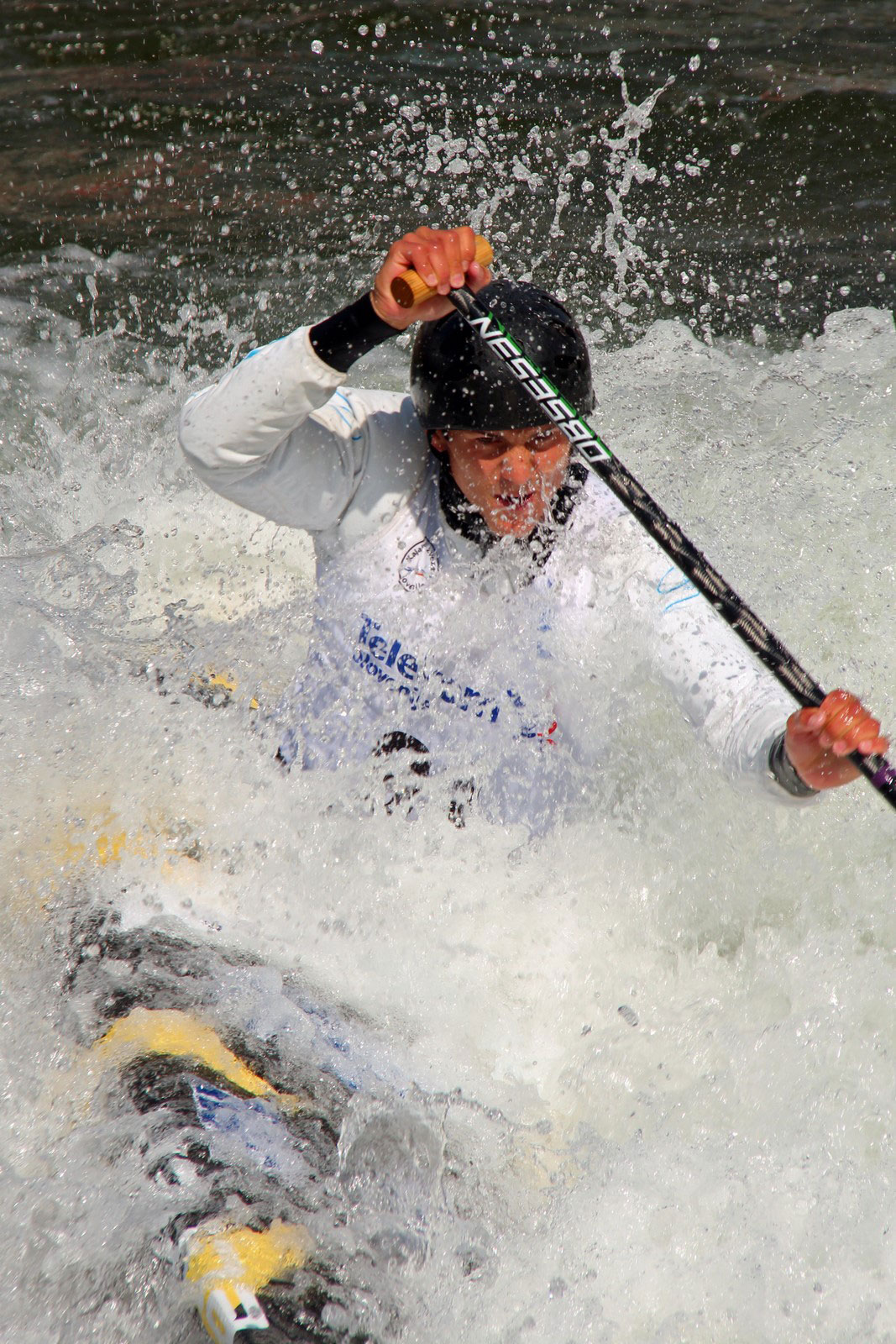 In men’s canoe event two members of home club finished at the first two places. Anže Berčič won with an advantage of two and a half seconds over Jure Lenarčič who was the fastest after the first run. Luka Božič was third. He was one of the competitors who usually compete in C2 and tried their skills also in C1 at this race. Besides Božič also Sašo Taljat, Simeon Hočevar, Dejan Kralj and Urban Jarc competed in canoe single event. Due to pain and sickness Benjamin Savšek and Blaž Cof missed out the opening race of the season in Tacen.

The next slalom race was scheduled for next weekend at Kolpa River, but low water level forced organizers to cancel the race.

You can find the results from the race: http://www.timing-mojstrana.com/