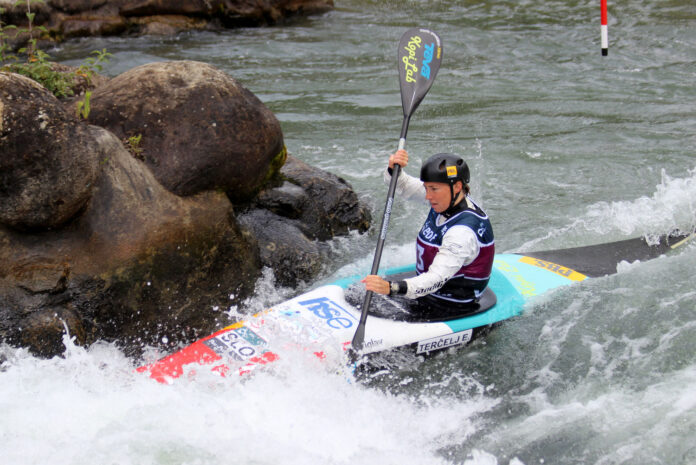 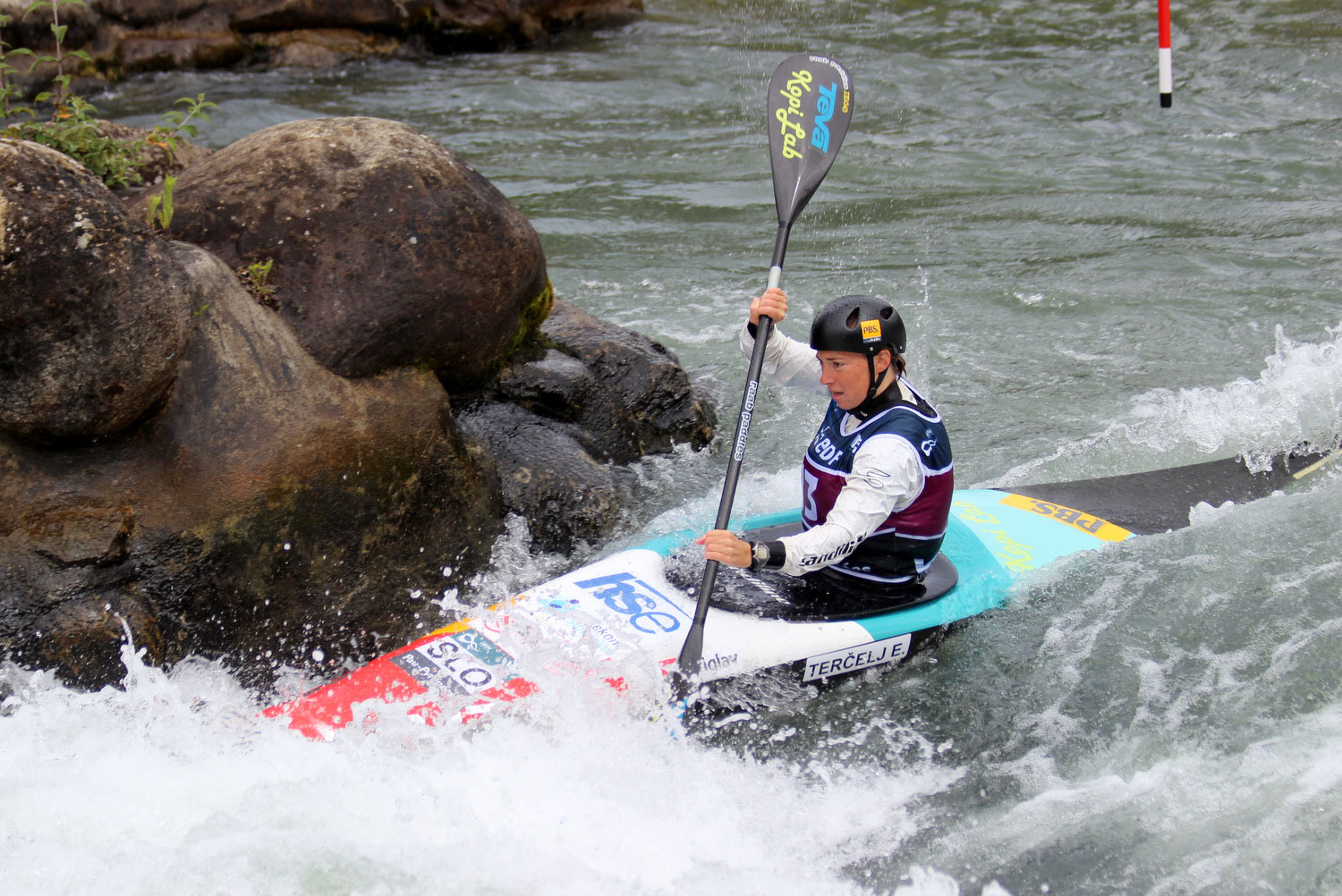 It appears Slovenian selection races in 2012 will be very interesting with the competitors being very equal in all categories. Before the next selection races on Saturday and Sunday Luka Božič and Sašo Taljat in C2 and Benjamin Savšek in C1 have a bit better starting point than others with two wins in the two races. The rules for qualification for the Olympic team are very strict and expect at least four wins out of five selection races, otherwise the better result from European Championships in Germany will count. Luka Božič and Sašo Taljat ensured themselves a win in a second run, because they were second after the first one. “Of course I was a bit nervous after the first run, because we weren’t at our best. We knew where our reserves are, but we needed to show that. We had quite a lot of problems. In the second run we paddled very well in the upper part, but then again experienced problems in the lower part of the course, so we weren’t sure if it would be enough for a win. Two hard days are ahead of us on Saturday and Sunday,” Sašo Taljat said. Luka Slapšak and Urban Jarc were second and Dejan Kralj and Simon Hočevar, leaders in a first run, were third.

Eva Terčelj won in women’s kayak event after she paddled ten seconds faster in a second run than in a first one when she finished second. Terčelj was smiling after she crossed the finish line: “I’m smiling because I’m really surprised with a time. I know my run was smooth and I corrected the mistakes from the first run, but here in Tacen a lot depends on the water you get, so if you have good water the boat runs smoothly and the differences can be really big. I am happy with the development. Today’s result filled me with joy.” Urša Kragelj, who won in the final of ICF Ranking race last week in Solkan (the final race didn’t count for selection races), was second and Ajda Novak finished third. Nina Mozetič – the winner of the first selection race – was fourth.

Benjamin Savšek won his second selection race in men’s canoe. He produced the fastest time in the first run, while he experienced many difficulties in the second run when he picked up 52 penalty seconds. “I was satisfied with my first run, because my boat ran smoothly. I had a nice advantage already in the first run, so there was a little less pressure in the second one. I paddled well at the first two races, so I am optimistic before the races that will follow this weekend,” said Savšek. Jure Lenarčič was second and Anže Berčič third.

Peter Kauzer again dominated the men’s kayak event, Simon Brus was second and Jure Meglič finished third. Meglič is slowly returning after a bad injury and still had some problems last week at the first selection race in Solkan. The selection races in men’s kayak are only important for selecting paddlers who will compete at European Championships and World Cup races, because Peter Kauzer is already selected to Olympic team based on his World Champion title.

The third, fourth and fifth selection races will follow on Saturday and Sunday, also in Tacen. On Saturday only the best qualification run will count, while on Sunday both semi-final and final runs will count.